Zach Designs has a card for any occasion 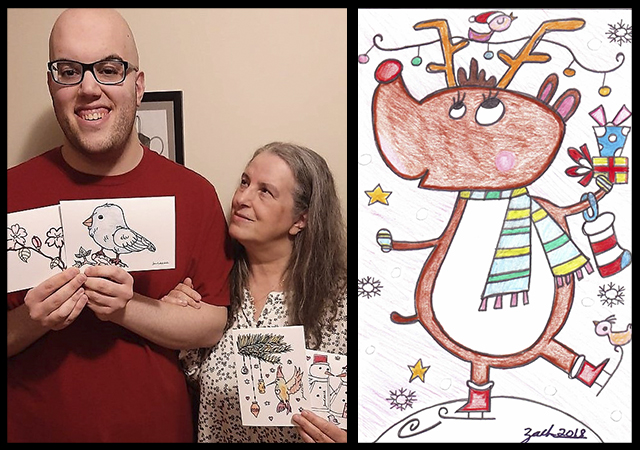 Zach Reisman and his mother Lorri Benedik make a great team. Together, they head up Zach Designs, a holiday and greeting card enterprise that showcases Reisman’s artwork. The company has been in operation for three years, with Reisman as the president and illustrator, and Benedik the director of marketing, sales and promotion.

In 2017, Mathieu Duguay, president and senior partner of COGIR Real Estate, commissioned Reisman to design 12 original Christmas cards that he would send to each of his 15,000 tenants. This opportunity gave Reisman and Benedik a heap of confidence and the inspiration to start Zach Designs. Reisman created a line of all-occasion drawings to make the company viable year-round, and continues to add new drawings yearly.

Reisman has autism and has always had a knack for sketching and drawing. His extraordinary visual acuity has been obvious for most of his life. At the age of 5, he was finding typos in restaurant menus.

Benedik is a fierce advocate for her son. She has worked diligently to seek out and nurture Reisman’s passions. “I used to sit down and play video games with Zach to see why he enjoys them so much. When I noticed his gift for drawing, I encouraged it. It was something we could do together, face-to-face. We had fun and that encouraged him to draw more,” she said, urging parents to go into their child’s world and not expect them to go into yours.

From “Plum Blossoms” to “Reindeer on Skates” (two of Reisman’s favourites), Reisman’s illustrations are delightfully whimsical, colourful, pleasing to the eye. He reaps great satisfaction in completing a piece. “There are some designs that I feel really proud of. I am proud that I made these cards,” he shared. Both partners exhibit Zach Designs at craft fairs, package orders and make deliveries. 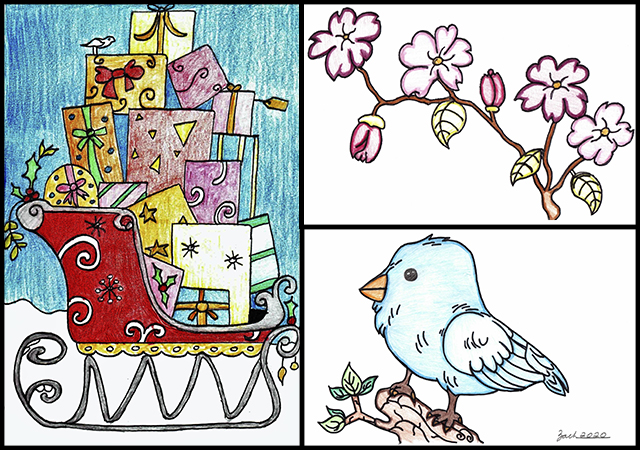 A charming and eloquent young man, Reisman loves video games, animated films and spending time with his friends (when not in pandemic times). He has pushed through limiting assumptions all his life with perseverance and strength of spirit. Benedik recalled him returning from elementary school, hurt by an insulting name. While she was ready to jump to his defense, he rationalized, “He just doesn’t get me,” and moved on.

Reisman struggled in a mainstream high school, but with help from tutors and a few extra months at Place Cartier Adult Centre of the Lester B. Pearson School Board, he graduated. “There was not a dry eye at Zach’s convocation,” said Benedik, who has always encouraged her son to believe in himself.

He worked at JEM Workshop for 19 months and then, in 2016, completed a 3D Modeling, Animation, Art and Design program at CDI College. “When I [tell customers] I am autistic and graduated from college, it changes the way they think about special needs,” said Reisman.

According to Benedik, her son, like any true artist, doubts his work and needs encouragement. Reisman believes that if you are good at something, and have the right people to support you, you will succeed. “Hard work and believing that other people find my drawings cool or creative has paid off in so many ways,” he said. “I hope that other people can find something in themselves to work hard at and push through those difficult times and the doubts.”

A portion of the proceeds of card sales will be donated to Inspirations. Thank you, Zach Designs! 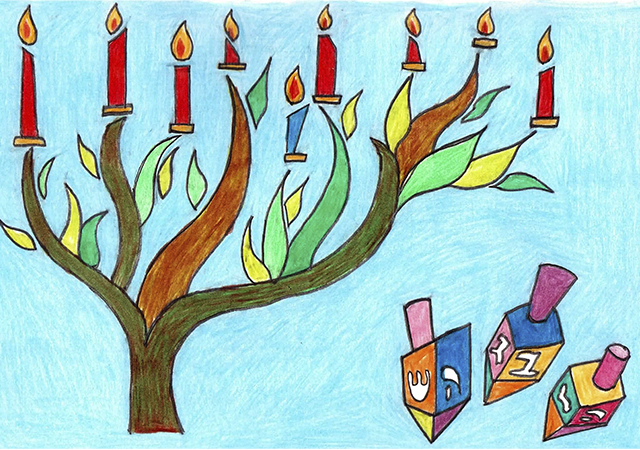