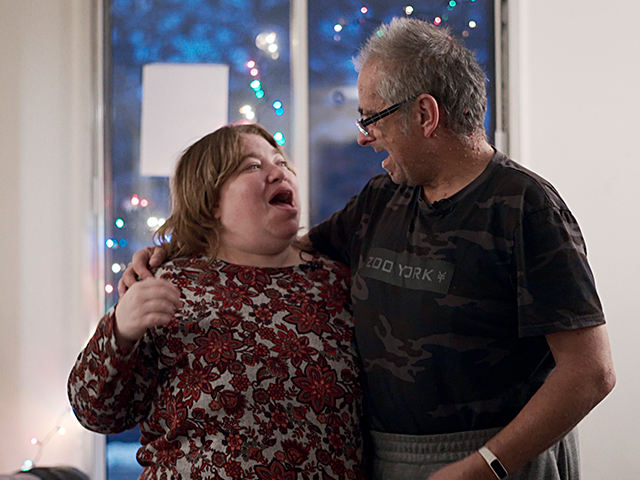 Married Shira choir members Adena and Robert sing to each other on their anniversary. Photo: Production still from Just As I Am, Evan Beloff.
/ Inspirations

Montreal filmmakers Evan Beloff, writer/producer and Marvin Rosenblatt, executive producer, will be releasing their powerful documentary Just As I Am: The Shira Choir on September 23.

The film chronicles participants of a special-needs choir led by Cantor Daniel Benlolo and its emotional two-year journey through a global pandemic that saw loved ones lost and lives changed forever. Benlolo is affiliated with the Spanish & Portuguese Synagogue of Montreal.

But Benlolo’s choir also highlights the power of community, inclusivity, and of singing. “Shira” (or  שירה  in Hebrew) is a word that connotes singing and poetry).

“The documentary really came in and documented everything about the challenges, the trials and tribulations [of] what it is to have a disability. And to live with it. So it’s a story about our participants, but also the power of music, the power of inclusion and the power of love,” said Benlolo, who began the Shira Choir more than 20 years ago in Ottawa, naming it after one of his daughters.

The cantor’s passion for singing is contagious, and his Montreal Shira Choir participants clearly fed off of the positive energy he brought during some dark moments, as can be seen throughout Beloff’s motion picture.

“The choir became a staple in the community here, and when we got hit with COVID-19, we did not give up. We continued on Zoom, and only recently have we started seeing each other in person again,” Benlolo added.

“I think it’s going to be an extremely emotional film for people, particularly because there are people who died during the filming who are in the film,” said director Beloff.

For Rosenblatt, the film is particularly meaningful because it’s a tribute to his late wife, Maxine, who passed away during production from a sudden illness in October of 2020.

“I was so compelled to finish this project because I knew it was going to be a tribute to her, but at the same time, I believed it was important to keep working on it for a much larger agenda. I want to try and address the various aspects of disparity in government education that are not properly addressed at this time,” said Rosenblatt, whose wife of 37 years cared deeply about the special-needs community. 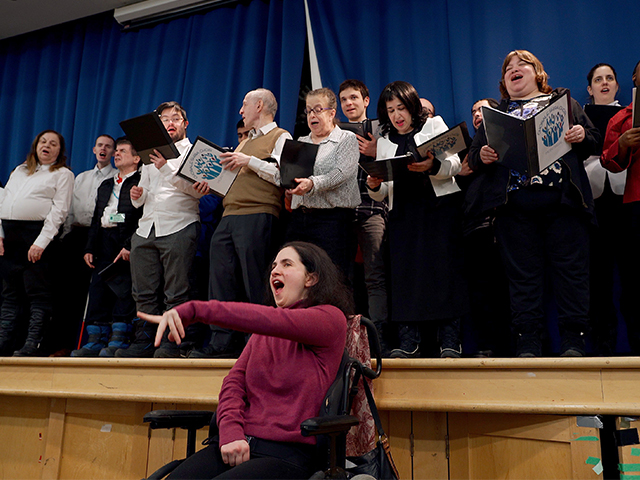 The Shira Choir performs with the Tamir Choir in Ottawa. Production still from Just As I Am, Evan Beloff.

“My life changed dramatically when I met my wife. And it wasn’t just her physical beauty that attracted me to her. I learned that she had a special care degree, and she had worked with intellectually challenged students to teach them social skills. So that’s when I knew that the person I wanted to share the rest of my life with was beautiful both on the inside and outside,” Rosenblatt added.

The team of Beloff and Rosenblatt also pay tribute to late Canadian novelist Joel Yanofsky, who died of cancer in December 2020. According to Benlolo, Yanofsky’s son Jonah is an irreplaceable member of the choir, and the strength exhibited by him and his mother Cynthia Davis throughout the documentary is inspiring.

“I think the takeaways are optimism, and people’s ability to persevere. Humanizing people with special needs, and realizing that inclusion is absolutely important. You can see the beauty of these individuals and their families,”  Beloff said.

Just As I Am: The Shira Choir will premier at the Spanish and Portuguese Synagogue on September 23 and be aired on CBC GEM two days later. For information, visit shiramovie.com.

David P. Stein earned his Master's degree in Journalism from DePaul University in Chicago. During the 2016-17 school year, he worked as a teaching assistant at Summit School. 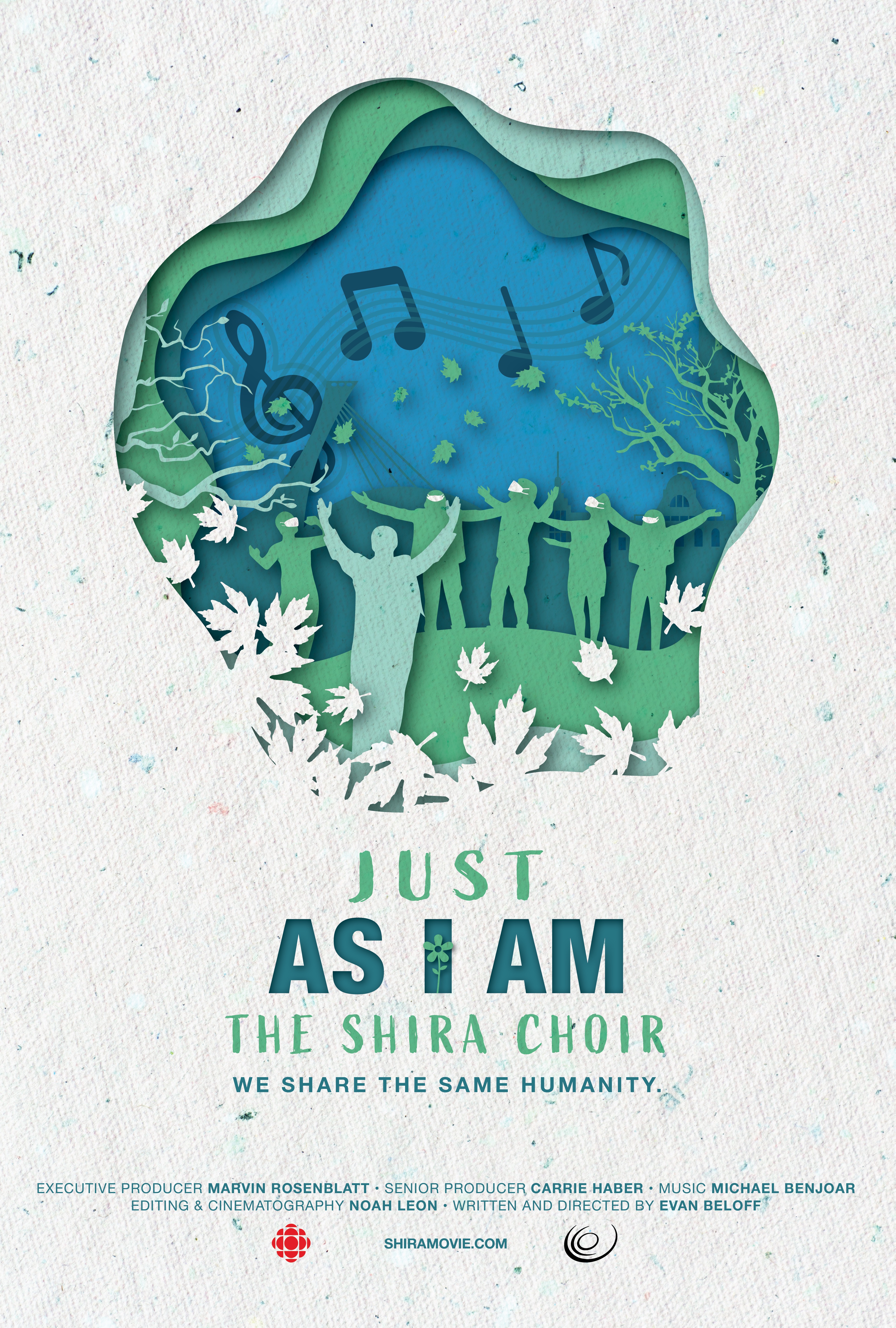