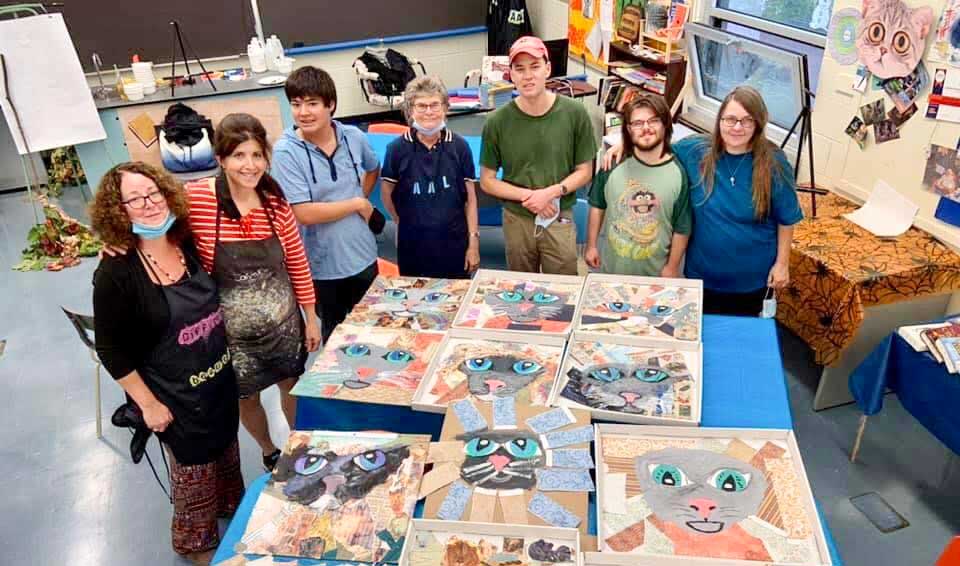 Festival Imagine aims to bring neurotypical and neurodivergent communities together to explore the rich inner world and creativity of autistic creators. This free, in-person arts festival is scheduled to take place on July 9 and 10 at Dunany Country Club in Wentworth, Quebec.

The festival will showcase the work of six emerging and established autistic artists, and celebrate neurodivergent passion, talent and diversity. Participating artists include Casey “Remrov” Vormer, Ryan Bothelho, Lena Baldoni, Zachary Reisman, Jonathan Pepin, Benjamin Lachapelle and Carly Hay as MC. In addition, the festival will include a collective exhibition of student artwork, morning painting workshops and interactive activities for the whole family.

Festival Imagine is spearheaded by Autism & Arts in the Laurentians (AAL), a free weekly arts program and social club for English-speaking autistic individuals living in the Laurentians, and partners Community Learning Centres and 4Korners. The festival coincides with AAL’s fifth anniversary.

Julie Chou, co-founder of AAL and Lachapelle’s mother, believes in the important role of community-building events like Festival Imagine in supporting the vitality of small communities. “The AAL members were completely videoconferenced out and were asking for more in-person activities. The pandemic has been hard for many of them,” said Chou. “I thought that an arts festival could be an effective way of bringing people together and celebrating their resilience.”

Reisman shares his illustrations on the gift cards that he and his mother, Lorri Benedik, sell through their company, Zach Designs. He is excited to be a part of Festival Imagine to meet new people and share his artwork alongside other autistic artists. “I am looking forward to seeing what the other artists are working on and show my work to a whole new group of people,” said Reisman. “It would be great to have more events like this in Montreal. People with special needs have a lot of talent and should have the opportunity to showcase them so that people will change the way they think about us.”