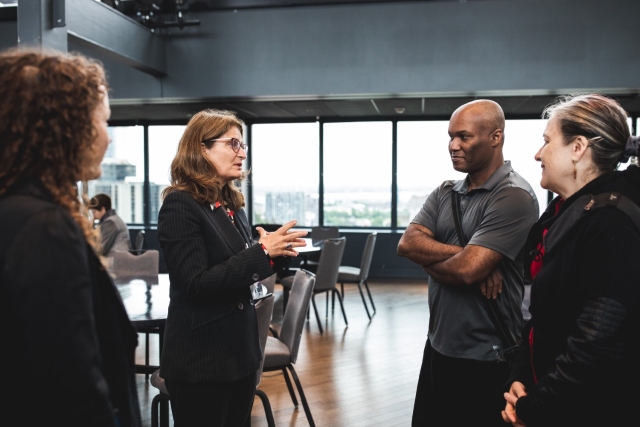 The first hire as part of the program is Derek Selwood, who has been based out of the Wagar Adult Education Centre and is starting work at Fairmont The Queen Elizabeth in the hotel’s laundry room.
Jordan Stoopler
/ Inspirations

As a father of an autistic child, Andre Pereira has to plan much more than the average traveler ahead of a family vacation.

As a general rule, Pereira typically strays away from all-inclusive resorts, opting instead for destinations such as Florida where they have access to a condo. When they did previously go to hotels, Pereira did his homework, carefully weighing the hotel’s location, amenities and size, among other factors, before making a reservation.

“Breaking routine is not easy,” said Pereira. “We would bring my son’s Chromebook to help with the transition and create a familiar environment for him. We would also try to pick hotels with a kitchenette because we would be bringing his special nuggets of a specific brand.”

Pereira is hoping some of these considerations towards autistic individuals will be accommodated through a new pilot project with Fairmont The Queen Elizabeth hotel in downtown Montreal, as well as the Fairmont Tremblant, in collaboration with Giant Steps, a private school for students aged 4 to 21 years old with autism spectrum disorders. 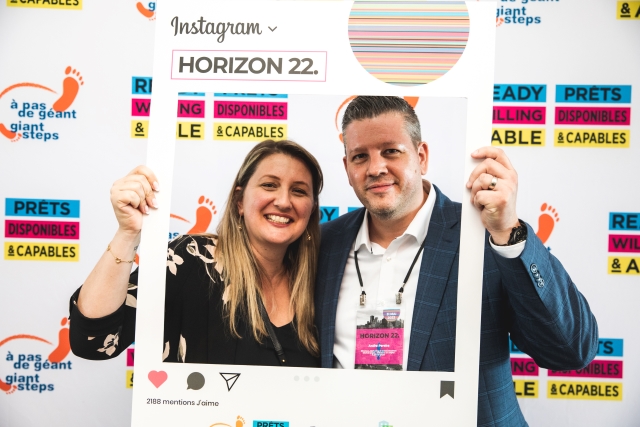 “There are 8,000 job openings in the hotel industry right now, with many hotels forced to close off entire floors due to staff shortages,” said Pereira, director of marketing and communications & project manager for employment initiatives at Giant Steps. “This program is a way of tapping into a new profile of employees that they may not have considered in the past, who may be able to help them fill some of the positions as part of the labour shortage right now.”

The first hire as part of the program is Derek Selwood, who has been based out of the Wagar Adult Education Centre and is starting work at Fairmont The Queen Elizabeth in the hotel’s laundry room. He will be shadowed, at least to start, by a job coach as he familiarizes himself with the position and general surroundings.

“We spent a lot of time on personal development, learning how to deal with anxiety and autonomy,” said Pereira. “It has been an eye-opening experience for Derek because he has been learning how autism affects him. Derek has his foot in the door now. It couldn’t have happened to a better guy.”

Pereira credits Fairmont Tremblant’s general manager, Anne Marie Johns, with being “a champion” of the cause, all the while realizing promoting autism-inclusive hiring practices is a process that takes time.

“Others will follow the lead of industry leaders such as the Fairmont,” said Pereira. “It takes one or two hires and the promotion of their success stories for it to snowball.”

Future hires at the Fairmont, including one set to start shortly at the Fairmont Tremblant, will be trained through the Ready, Willing, and Able (RWA) program offered at Giant Steps, a federally funded employment program that helps neuro-divergent people participate in the workforce through job training and support.

“The RWA program is against wage subsidies,” said Pereira. “The philosophy is ‘same job for same pay,’ albeit with additional support.”

Pereira points to a recent U.S. survey of 1,000 American families that found 87 percent of families with autistic children will not travel due to a fear of potential barriers they may encounter along the way. Alternatively, 93 percent of those same families say they would be inclined to travel if they knew the destination staff had been trained on autism or offered sensory accommodations, among other areas.

“We want the whole environment to be autistic-inclusive, whether that is employment-focused or the overall customer service experience,” said Pereira. “In Quebec and in Canada, we are a little bit behind the rest of the world when it comes to some of these initiatives.”

Pereira has his ideas of how hotels can become more inclusive towards autistic individuals, including more accessible dining rooms and slight modifications to guest rooms to increase safety, such as alarms on doors signaling when someone is leaving,  adjusted furniture to prevent injury such as on sharp corners. He also spoke about providing general information and social stories on hotel websites noting when staff is autism trained or a step-by-step visual breakdown of the check-in process.

“You do have autistic employees already working for you that you may not know of,” said Pereira. “The question becomes, how do you better support these employees and guests? It is important to marry both. It is more powerful to have this 360-degree approach to make hotels autism-inclusive all around.”