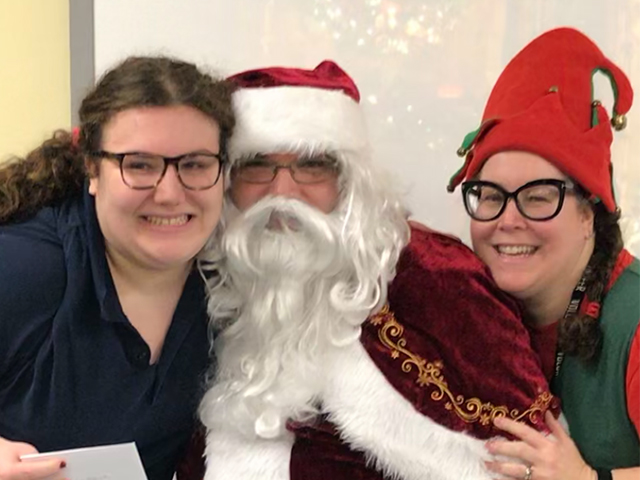 Parents of special needs kids are shapeshifters, morphing seamlessly from teacher to advocate to the best friend. The rewards defy the description. When my son, who has autism, was six, he said, "Mom, I love you more than you love me." I explained that it was impossible because I loved him more than the universe as I had since before he was born. "Well, I loved you then too," he insisted. Meet a couple of Montreal parents.

In her first year of life, Alex Garish was meeting most developmental targets but her parents, Wendy Zaritsky and Peter Garish, knew something was not quite right. “She walked at 11 months but rarely made eye contact,” said Zaritsky. “We thought she might be deaf, but test results showed that her hearing was fine.” They were referred to the child development program at the Montreal Children’s Hospital. “Alex was two years old and I was nine-months pregnant with our son Max when we received her diagnosis of autism spectrum disorder,” she continued. “We knew little about it but did research and vowed to provide our daughter with whatever she needed.”

Alex started private sessions of behavioural, speech and occupational therapies. “We are not wealthy so we applied for funds everywhere,” Zaritsky said. “We received a grant from Loblaws and registered for services from our local CLSC.” When she was four, Alex was accepted at Giant Steps School and stayed until age nine when she moved to Summit School. Wendy joined the parent committee immediately.

Today, Alex, 16, continues to thrive at Summit. She loves swimming, arts & crafts, plays piano and wows everyone with her phenomenal memory. Wendy now chairs the parent committee and excels at fundraising. She works closely with a great group of parent volunteers, selling Summit swag and organizing pizza lunches and holiday raffles. At Christmastime, Zaritsky and her husband dress up as Santa and elf to bring joy and gifts to the students and teachers of Summit School.

In 1997, Katia René had two young children when she went into premature labour with her third. Shyheim Ramdhaney was born, by C-section, at 31 weeks. “They kept him in the neonatal intensive care unit (Jewish General) and two weeks later, because of severe jaundice, transported him to the Montreal Children’s for a blood exchange,” said René. “After the procedure, he developed apnea and would sometimes stop breathing.” When Ramdhaney was five months old, René recalls they were in the metro, and he just started screaming. “I took him to The Children’s. His diagnosed was cerebral palsy with severe spasticity, dystonia and quadriplegia,” René said. “It was a shock but I never doubted that, with help from my mother and sister, I could take care of Shyheim and keep living my life.”

René, who is a single mom, had envisioned owning a home before age 30 and finding a good job. When she was 29, they moved into their house in Chateauguay, and 10 years ago she started a career she enjoys, driving a Montreal city bus.

Ramdhaney attended the Mackay Centre School from age four to 21. He loved being hallway patrol monitor and adored volunteering in the kindergarten. Three years ago, the Mackay staff bid a teary farewell to Ramdhaney at his graduation. He now attends the  C.A.R.E. Centre (Centre d’activités récréatives et éducatives) and has mastered the sip-and-puff method of maneuvering a computer mouse. He enjoys Facebook and YouTube.

“Hope Burton works at Mackay; she has become a close friend and is a godsend,” said René. “Early each morning I drive Shyheim to C.A.R.E. and then drive to Mackay, where I exchange vehicles with Hope. She picks Shyheim up after school, brings him to our place and stays with him until I get home at suppertime.”

“There are challenges caring for Shyheim, but he takes care of me too,” René said. “If he sees me crying he’ll say, “Don’t worry, Mom. I am strong and will be okay.” Taking her son to appointments, René sometimes has to stop traffic, for a moment, to get him out of the van. “Impatient drivers start honking and Shyheim asks why. I say, ‘They are honking because you are a king.’ His face lights up with a beautiful smile.” 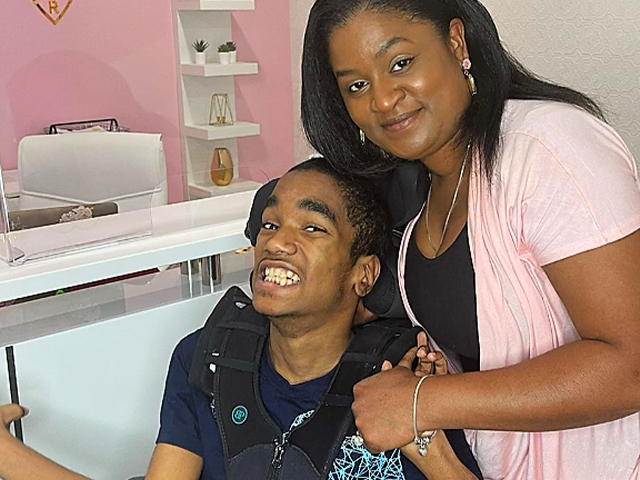