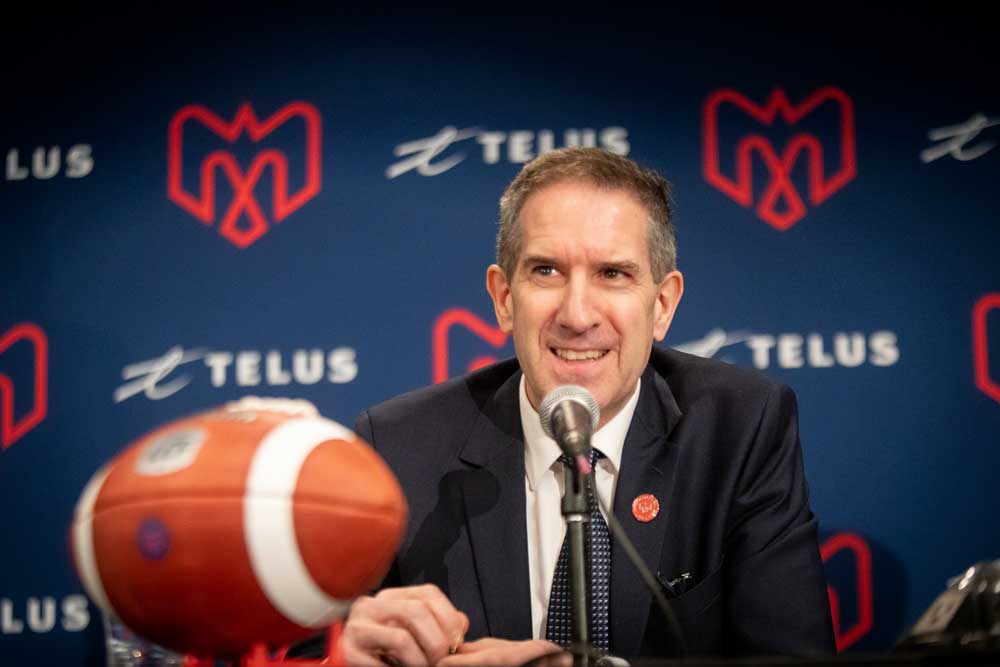 As president of the Montreal Alouettes of the Canadian Football League (CFL), Mario Cecchini is often called upon to field questions from reporters or give interviews to members of the media, a task he takes on with relative comfort and ease these days.

During his childhood and adolescence, however, such activities would have been a nightmare for Cecchini as he dealt with stuttering.

“I remember the oral presentations in front of the class,” he said. “The words didn’t come out the way it should. There’s a certain amount of stress and nervousness facing authority and a crowd when you stutter.”

Cecchini says he first noticed he had a stuttering problem when he was about 10 years old. While his impediment was less apparent at home alongside family and friends, it became more pronounced at school.

He admits his confidence waned amidst his struggles. He remembers isolating himself from others in an effort to steer clear of any added attention towards his stutter.

Cecchini says he truly hit rock bottom at the age of 17, when he moved away to Jonquière for his CEGEP studies in communications.

“I was in a reading class my first week of school,” recalls Cecchini. “I anticipated ahead of time I was the eighth or ninth person to read at the table. When it came time for my turn to read, I stumbled on some words. I lifted my head, and everybody was laughing hard.”

In the aftermath of that incident, Cecchini began to take steps to overcome his challenges. He met with a speech therapist, who offered him tools and tips, such as exaggerating his movement, slowing down his cadence, and other breathing exercises meant to curb his stutter.

“I refused to let my stutter define me,” he said. “You have to not care what other people think and concentrate on being yourself. The onus is on the other person to accept you for who you are.”

Cecchini says there is a general lack of awareness or understanding surrounding stuttering amongst the general population, with just 1.5 percent of the adult Quebec population (roughly 100,000 people) dealing with stuttering.