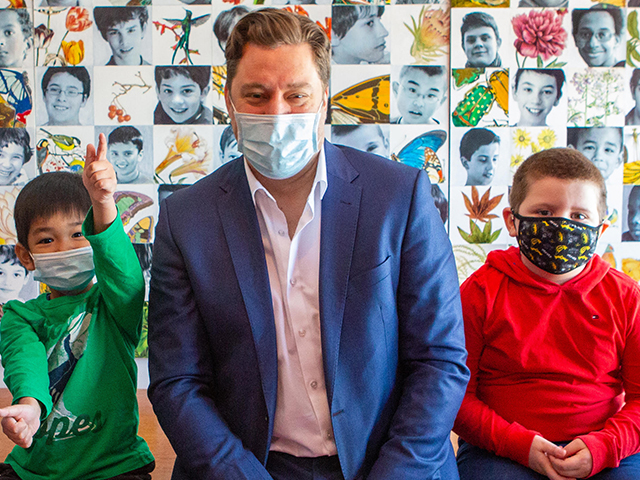 Paul Karwatsky started working as a journalist at CTV in 2005 and became co-anchor in 2012. After 15 years with the media, he made the tough decision to leave and become more involved in supporting families with autism and raising awareness. Last year, he was named head of Marketing and Communications at Giant Steps, a private school for students with autism spectrum disorders (ASD) in NDG.

ASD is close to Karwatsky’s heart. Both of his children, Brandon, 11, and Mia, 10 at the time of this writing,  were diagnosed with autism when they were very young. Karwatsky has only recently started opening up about Brandon and Mia’s journey.

Brandon was diagnosed at two-and-a-half years old when he went for a speech evaluation at the Douglas Mental Health University Institute. An ASD evaluation followed; it was “quick and shocking,” he recalled. Brandon soon began private therapy at the Miriam Foundation. Shortly after, Mia too was diagnosed with autism. This presented an immense struggle, one which Karwatsky realizes every family faces when dealing with an ASD diagnosis. With time, things normalized, ASD became a part of their family experience and both children made progress with therapies. Karwatsky recognizes that this is not representative of all parent experiences; many are on long waitlists for diagnostic evaluations and public services.

Karwatsky is excited to now have a hand in building programs from the ground up for people with ASD, such as Polaris Enterprise that trains adults with autism and/or intellectual disabilities for the workforce. He is planning and promoting the 40th anniversary of Giant Steps and is involved in the opening of the Giant Steps Autism Centre, a state-of-the-art facility specifically designed for people with ASD; it is planned to open in 2023 in the Technopole Angus neighborhood. He is well-positioned to directly help families and liaise with corporate stakeholders, the initial motivation for his career change.

A generalist turned to community service, Karwatsky is using his public persona to directly impact families with autism and is shaping his children’s future at the same time. Without the late nights at CTV, he feels he can better support his children and focus on their challenges. “Over the last year, I have embraced the idea of neurodiversity as a father, and now it is a part of my job at Giant Steps,” he said.

Karwatsky acknowledges the many challenges parents are presented with, including choice of school and whether to integrate their children in inclusive schools or not. The Karwatsky children started at Carlyle Elementary School of the English Montreal School Board. They switched to Summit School, a private school for children with special needs, in September 2020.

According to Karwatsky, parents often think the goal is to send their children to a mainstream school and integrate with neurotypical students; however, that may not be the best choice for every child. He encourages exploring specialized options. “I realized there is a whole other community out there, a whole other way of thinking, and a whole other way to perceive the world. Recognize the beauty of being part of this community and the support structures that it provides,” said Karwatsky.

So why share his story now? Karwatsky always thought his children should decide to reveal their diagnosis in their own way and time. But he now realizes that not discussing autism openly made it seem as though it was something to be embarrassed about. “My children should be proud of how they face their challenges, and how they see the world. My children are aware they have autism.           They meet each challenge, pursue their interests and embrace neurodiversity,” he said. “There are fascinating ways in which my kids see things that I don’t. This has exposed me to a world that I wouldn’t be otherwise exposed to. A diagnosis like this brings you back to focus on what’s important and to really appreciate your children, and prioritize. It puts everything into perspective.”

“You may think that if your child receives an ASD diagnosis it will be the end of the world, but you realize you not only get through it, but you can thrive because of it,” said Karwatsky. “The greatest lesson ASD has taught me is that the definition of ‘neurotypical’ is flawed. We all have our unique characteristics, and we all struggle in some way.” Karwatsky realizes every family goes through their own process and must do what works best for them. His advice for parents starting this journey: “Know there is a huge community to support you that is ready to guide you. You’re not alone. You will be supported throughout your life and that of your child. Know there is a significant place for your child.”

“We need to try to understand each other better. We are all dealing with complex minds and are very different from one another, but in basic ways, we are all the same. I approach people’s personalities and quirks with more understanding and less criticism.” 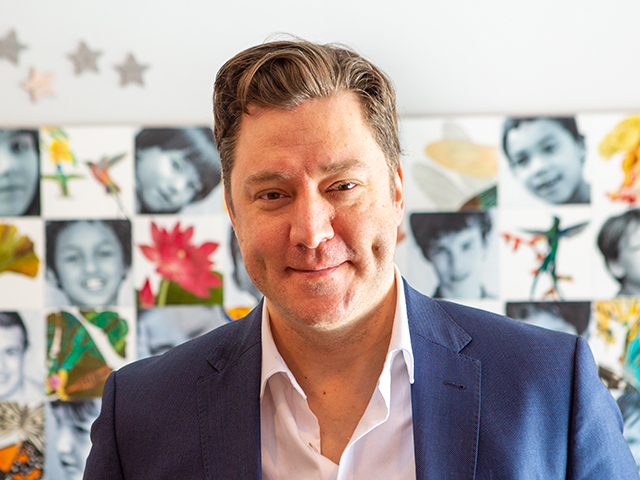 Tania Piperni, M.Ed, is an autism spectrum disorder consultant at the English Montreal School Board.