Henry Zavriyev: A young entrepreneur with a big heart 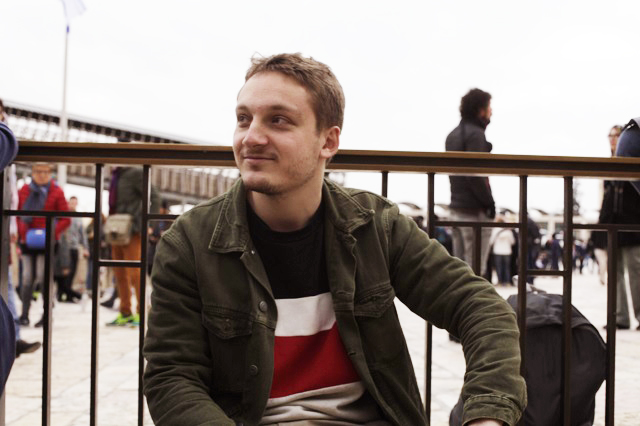 Henry Zavriyev has teamed up with Inspirations to create an entrepreneurial award. (Photo courtesy of H. Zavriyev)

Henry Zavriyev has always had big ideas. From a young age, the real estate developer knew he wanted to do something impactful, and that he wanted to help people – he just didn’t know what form that would take.

Zavriyev moved to Montreal in 2012 at the age of 18 to attend Concordia University. While at school - a stint that he admits was short-lived - he took a part-time job as a janitor to make some extra money. On the job, he noticed some outdated apartments in the building and asked the property owner if he could fix them up and rent them out for a fee. One after another, the apartments started renting, and he eventually earned enough money to start buying his own properties. Only nine years later, Zavriyev, now 27, is owner of Leyad, a Montreal-based real estate development firm owning and managing properties across Montreal.

Building his career took most of his time and energy for the first several years but now Zavriyev says he feels lucky to be at a point in his life, at such a young age, where he can give back.

“I always thought ‘okay, I’m going to get involved in different organizations when I turn 60 or 70,’” he says. “Then I realized that if I am really the person who I think I am, and if I’m going to stay true to who I am, then I should be doing it now.”

Zavriyev has teamed up with Inspirations to create a new entrepreneurial award to highlight individuals within the special needs community who exhibit a strong entrepreneurial spirit. “I realize that there are people out there who are creative and want to do things, but they can’t do it without some kind of support because they are not being included in the same way,” he says. “I’m 100 percent aware of my privilege in every respect, and I want to be able to facilitate their ideas and help make them a reality. Everyone deserves that – they just need a pathway to get it done.”

Zavriyev admits that he doesn’t know much about the challenges facing the special needs community, but he is eager to learn all he can. He has a vivid memory from nursery school of being told by his teachers not to ask any questions when a young girl with a visible disability joined the class. Being outspoken, Zavriyev did ask her about it anyway and has had the desire to build others up – particularly anyone who felt marginalized - ever since. In middle school, he created his own club that he called the Awesome Secret People. Whenever he saw someone being bullied or excluded, he would give them a hand-made badge to let them know that they were a part of the ASP club and that they were not alone. Later, in boarding school, he was dubbed the “dorm listener,” as he would be willing to lend an ear to anyone who needed someone to talk to.

Now, he is excited to channel that energy into creating opportunities through this award. “I’m sure there are tons of people with all kinds of ideas to offer,” says Zavriyev. “We just have to figure out how to get them involved. It’s super, super important. If I can introduce some luck into the equation, that would be amazing.”